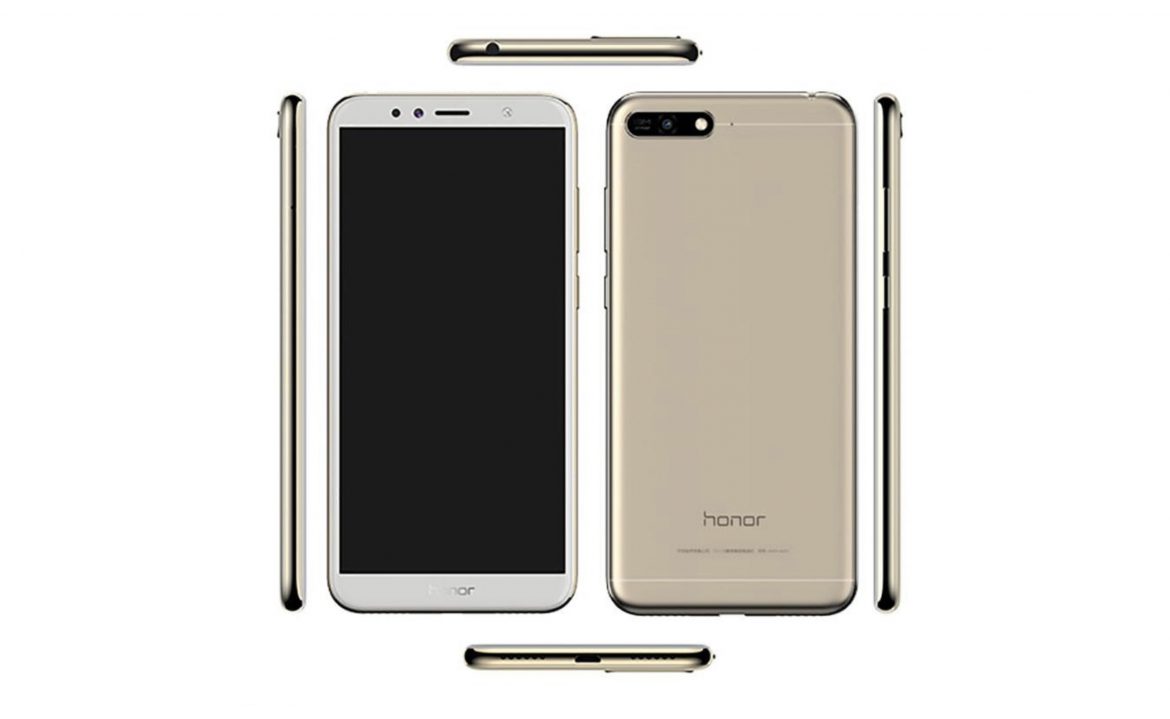 Huawei’s sub-brand Honor is doing extremely well in the sales department. They’re famous for offering excellent hardware inside, while keeping the low price. That way, many users can jump in and get a great device, without breaking the bank. We saw many great additions from Honor recently, such as the Honor View 10. Today, we have some information about the upcoming Honor 7A – another affordable device from Honor’s lineup. Let’s take a look at the details!

In many cases, the design is where manufacturers cut down to justify the lower price. But, this could not be the case for the Honor 7A, judging by the pictures. On the front, you will find the 5.7 display with 1440×720 resolution. It is also packing 18:9 aspect ratio, making it a bit taller. The taller screen usually means that the bezels might be small, but on the 7A they’re still noticeably big. That’s not that bad, since it’s easier for the device to be operated. Rotating to the back, you will find the camera setup in the top corner, with the Honor logo in the bottom. There is no fingerprint sensor, as it has been replaced by a facial recognition feature.

On the inside, you’re getting the package an Honor device can offer. Starting with the chipset, the Honor 7A will reportedly pack the octa-core Snapdragon 430 processor. It’s one of the best processors in the lower class, and it will handle most moderate tasks. The chipset will be accompanied by 3GB of RAM, which should satisfy even the most notorious multitaskers. Speaking of memory, you’re also getting 32GB of internal storage. There aren’t any details about MicroSD support, but 32GB should be more than enough. Finishing the hardware inside the 7A, the battery will be capped at 3000mAh. With moderate use, it will last you through a full day.

Switching to the cameras, we’re seeing that the Honor 7A will also jump on the dual-camera setup. On the back, you’re getting a 13MP + 2MP combination, and a single 8MP shooter accompanied by a LED flash on the front. We cannot talk about the quality upfront, be we’re not expecting anything bad. Again, for the low price, you won’t get any miracles. But, for the casual shot or selfie, the Honor 7A should be more than enough.

On the software side, the Honor 7A should pack Android Oreo, with the company’s own EMUI skin on top of it. The skin is heavily modified, and it could be the main reason to turn people away. But, it is packing many useful features that can be found on many premium smartphones. Some other notable features are the possible inclusion of stereo speakers, possibly using the earpiece as the second one.

The Honor 7A should be announced very soon, with a release in the upcoming weeks. If the rumors are correct, the device should be priced at around $239.

So, there you have it. What are your thoughts on the rumors about the upcoming Honor 7A? Share them in the comments below.