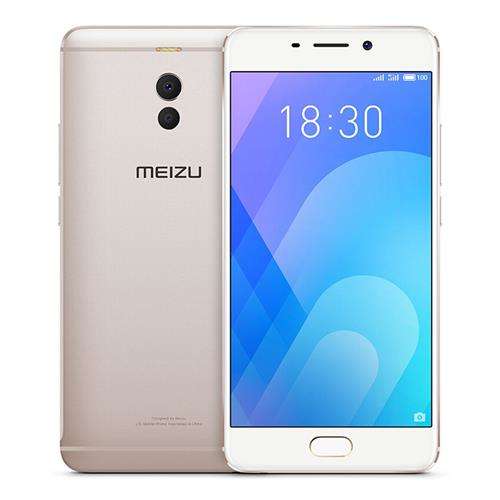 Meizu might not be the name you hear or see often in technology or carrier stores. The Chinese company has been trying hard to compete in the smartphone market, with their focus mostly being on midrange and budget smartphones. In Asia, they’re extremely well positioned, with only a small range of devices available here on the West. That has been the company’s focus in recent years, and now they have another contender for that role. Meet the Meizu M6 Note – the company’s newest midrange offering. Let’s see what it can offer.

Starting with the design, we can notice that Meizu is sticking to the tried aluminum build. Currently common on both midrange and budget devices, the device has a stealthy, industrial look – without anything that makes it stand out. I see that as a good thing, since you’re still getting a good-looking device that feels premium in the hand. On the front, you will find the 5.5” display with 1080p resolution. Unfortunately, it doesn’t have the now common 18:9 aspect ratio. That means that the bezels are big, which is a bummer to see in 2018. The bottom bezels house the fingerprint sensor, so you won’t have to pick up the device if it’s on the table. Rotating to the back, you will find the camera setup in the middle, with the Meizu logo in the middle.

On the performance side, you’re getting a pretty good package. Starting with the chipset, the Meizu M6 Note features the Snapdragon 625 processor. It can handle pretty much every task you throw at it. The processor is accompanied by either 3 or 4 GB of RAM, depending on the version. Whichever version you choose, it should handle all applications with ease. Heavy multitaskers might want to go with the 4GB version, for the extra memory power. The different versions very in the internal storage also – the 3GB version gets 32GB of storage, while the 4GB bumps it up to 64GB. Again, the bigger memory version gives you the best value. Finishing with the battery, both versions get a 4000mAh one – a beast that should last you easily through a full day of use.

Switching over to the cameras, this is where Meizu followed on with the trends. On the back, you’re getting a dual camera setup – one 16MP f/1.9 shooter accompanied by a 5MP f/2.0 one. The second sensor is for the famous portrait mode, making the background of all of your portraits blurred. On the front, you’re getting a single 16MP shooter with f/2.0 aperture. Both cameras should take excellent pictures, with good dynamic range and color saturation.

Finishing with the software, the Meizu M6 Note comes with Android Nougat 7.1.2. This is probably the biggest downside of the device, as we all know that Android Oreo has been out for more than a year. And considering how slow or none these devices get updated, this could be the only thing that will turn potential buyers away. It comes with the company’s own FlymeOS skin on top of it. It is heavily modified and pretty similar to the iOS look.

The Meizu M6 Note is available for purchase at around $200.

So, what are your thoughts on the Meizu M6 Note? Share them in the comments below.