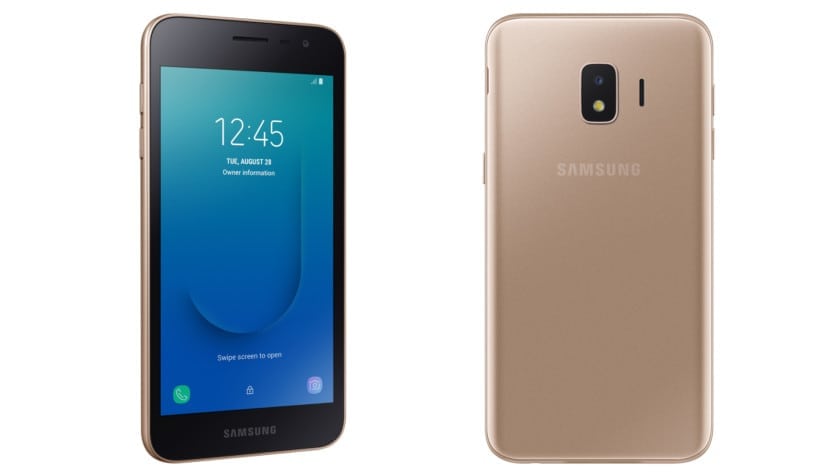 Samsung just released the Galaxy Note 9, one of the best smartphones available in their lineup. But, considering the starting price of $1000, it’s definitely not for everyone. Fortunately, the company has a decent offering for different budgets and needs. Now, the company announced the Samsung Galaxy J2 Core, a new budget smartphone. What’s interesting about this one though is that it’s Samsung’s first Android Go device. Android Go is Google’s take on Android that is running faster on devices with 1GB of RAM or lower. We’ve seen many different Android Go devices in this year, and now it’s Samsung’s turn to join the family. Read on!

Starting with the design, the Samsung Galaxy J2 Core looks pretty good considering the low price. On the front, you will find the 5” TFT display with 960 x 540 resolution. It’s not following the 18:9 aspect ratio trend of 2018, but considering the price, we’re not complaining. Rotating to the back, you will find the camera setup with the flash in the middle. The Samsung logo sits proudly in the middle. The body is made from polycarbonate plastic, which is expected at this price range. However, the device has a decent grip in the hands. The rounded edges and corners give the device a bit of this year’s taste of design.

Moving over to the internals, you’re getting what you’re paying for. Starting with the chipset, the J2 Core features the Exynos 7570 processor. This 1.4GHz quad-core chip should handle most basic tasks easily, but don’t expect any astonishing performance. The processor is accompanied by 1GB of RAM, staying within the requirements for Android Go. Speaking of memory, you’re also getting 8GB of internal storage. Fortunately, you can expand it further thanks to the included MicroSD slot. Rounding up the internals, the device is powered by the 2600mAh battery. Considering the low-resolution screen and budget internals, it should easily last you through a full day of use.

For the cameras, you’re getting a single 8MP shooter on the back, accompanied by a flash. Knowing Samsung, images should be rich in color and have good dynamic range, but don’t expect any miracles. Especially in the night or in low light conditions. Rotating to the front, you will find the 5MP shooter with f/2.2 aperture. It should be more than enough for the casual selfie for Instagram Stories.

Finishing with the software, as I said before, this is the first device from Samsung to feature Android Go. Android Go is based on Android Oreo but optimized for devices with 1GB of RAM or lower. Google made some big improvements in their OS to run more smoothly on lower devices. Alongside that, there are also Go – optimized apps that accompany the OS. Most of Google’s own apps like Google Search, the Assistant and Maps are already available for users. However, demo images show that Samsung might still include their own TouchWiz skin on top of it. It remains to be seen if that will slow the device down more or not.

The Samsung Galaxy J2 Core is currently available in India and Malaysia. More markets will follow up in the upcoming period. The device is priced at $100.

So, what are your thoughts on the Samsung Galaxy J2 Core? Share them in the comments below.