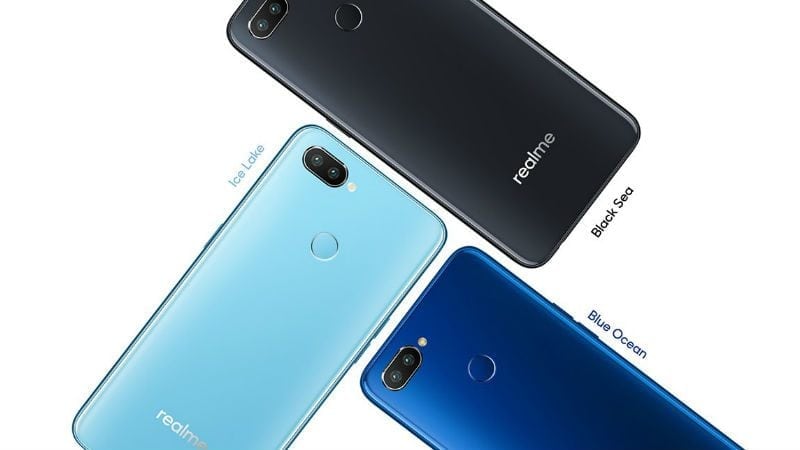 We’re often seeing companies releasing a lot of new devices trying to appeal to most customers. And most of the times they succeed in doing that. However, there are few cases where the brand usually wins, and this can be caused through a lot of different reasons. A recent example is Huawei and their ban in use inside government facilities. The Honor sub-brand repairs that a bit, plus it’s more appealing to say it out in public. Oppo is one of the other companies that has a sub-brand, and that’s Realme. And now, they’ve released a new device that is on a similar philosophy as the recently released Pocophone F1. Meet the Realme 2 Pro!

Starting with the design, the Realme 2 Pro does definitely takes some cues from premium smartphones. In fact, it looks similar to some of them, if you’re looking it from afar. Starting with the front, you will find the 6.3” LCD display with 2340 x 1080 resolution. It has a notch, but it’s one of the better designs – it looks like a small waterdrop. Aside from that, the bezels are slim, with the bottom chin being the biggest. Nevertheless, it has a pretty good look on the front. Rotating to the back, you will find the camera setup in the top corner, with the fingerprint sensor in the middle. The Realme branding sits at the bottom, and it’s quite big for our taste. The back is from polycarbonate, mimicking the looks of glass.

Going inside, you will see that the device packs a big performance punch. Starting with the chipset, you will find the Snapdragon 660 inside. The 2.2GHz octa-core processor, accompanied with the Adreno 512 GPU, will easily run through all of your tasks. Moving over to the memory, there are few different options to choose from. For the RAM, you can get it with 4, 6 or 8GB of it, while for the internal storage, you have the options of 64 or 128GB. MicroSD expandability is also available. Finishing up the internals, the 3500mAh battery should be enough for a full day of use.

Switching over to the cameras, there is a dual setup on the back, and a single shooter on the front. On the back, you have a primary 16MP sensor with f/1.7 aperture and a secondary 2MP depth sensor. Pictures are great, with good sharpness and color saturation. On the front, you have a 16MP shooter with f/2.0 aperture. The camera is really good, and if selfies or vlogs are your game, you’ll definitely be happy with it. Speaking of video, you can shoot up to 2160p at 30fps.

Finally, the Realme 2 Pro runs on Android Oreo 8.1, with ColorOS 5.2 as the skin of choice. It’s heavily modified, which could be one of the biggest downsides of this device. However, it’s packing in a lot of useful features that many users of Oppo love.

The Realme 2 Pro will be available in India first, with more markets to follow up in the upcoming months. Prices will start at around $200 for the 4GB+64GB model and go up to around $250 for the 8GB+128GB model.

So, what are your thoughts on the Realme 2 Pro? Share them in the comments below.