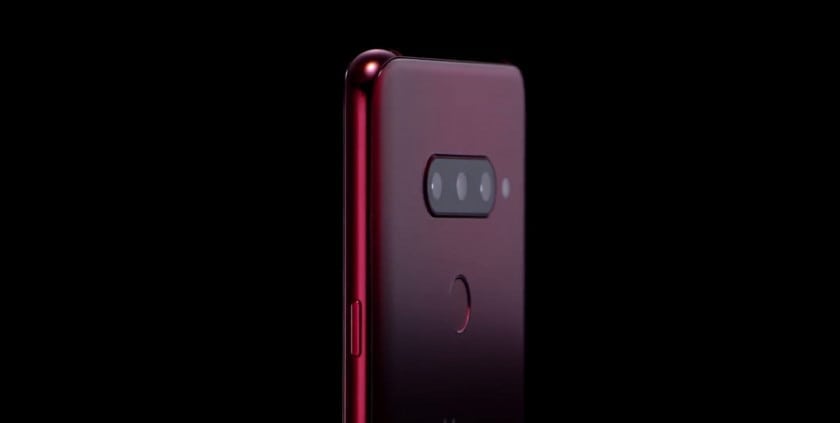 LG has been on the bottom side of the flagship wars in the last couple of years. Sadly, there aren’t many things that caused that. With only few downsides in their recent smartphones, the company is not doing it’s best. The biggest of them all is the software, often lagging behind on updates and features, compared to other flagships. However, the rest of the package is pretty good. The LG G7 is the example of this – you’re getting fast internals, premium design and excellent cameras. However, the slow update cycle on the software that plagues LG back turned back many potential customers. But, that doesn’t stop LG in creating new smartphones. The LG V40 ThinQ is the company’s next flagship device, and here are all the rumors and details about it!

Starting with the design, the LG V40 ThinQ is definitely going to continue on the trend from previous devices. In Korea, LG already teased the V40 with a video, and that gives out a lot of details. First, we’re still getting a glass back with curved edges, and the raspberry color from the G7 is possibly going to be present here as well. The interesting part is in the camera setup – there are three lenses on the back. They’re stacked in a horizontal line on the back, with the fingerprint sensor right under them. On the front, rumors suggest of a 6.4” P-OLED display with 1440 x 3120 resolution. It will feature a notch, which will house the speaker and two additional cameras. The bezels might also be small, both on the sides and on the top and bottom of the device.

On the inside, we’re expecting the best internals that are available right now. For the chipset, the device should feature the Snapdragon 845 processor, accompanied by the Adreno 630 GPU. As with any other smartphone coming with this hardware, you’re guaranteed the best performance that is available on a smartphone right now. For the RAM, there could be two possible options – one with 6GB of RAM and the other with 8GB of RAM. Speaking of memory, the 6GB version will come with 128GB of internal storage, while the 8GB one bumps it up to 256GB. The leaks also suggest a MicroSD slot, in case these figures are not enough for you. Finishing with the battery, the V40 will carry a 3300mAh battery. It should easily last you through a full day of use.

The cameras are the best part of this device, featuring three on the back and two on the front. Unfortunately, there aren’t many details about them and their exact specifications. However, we’re expecting a regular, telephoto and a wide-angle combination on the back. On the front, the secondary camera could be used as a depth sensor for better portrait mode shots. We’re also expecting a lot of improvements in video quality as well, alongside the AI capabilities that the ThinQ branding suggests.

Finishing with the software, the LG V40 ThinQ should come with Android Oreo 8.1 out of the box. It will have LG’s skin on top of it, and we’d really like some improvements in both the quality of the skin, as well as updates to it.

The LG V40 ThinQ will be officially announced on October 3rd. Unfortunately, there are no rumors on pricing yet.

So, what are your thoughts on the rumors about the LG V40 ThinQ? Share them in the comments below and stay tuned for the official announcement!