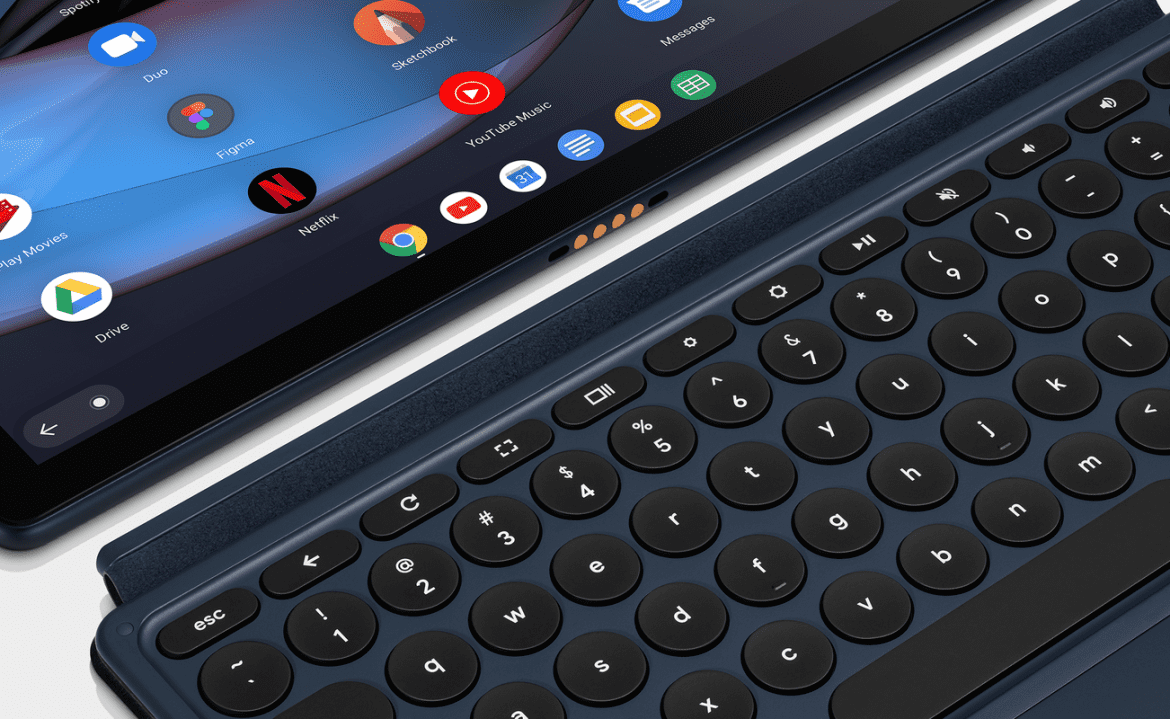 Google is one of the biggest software giants in the world. We all use their services every day – Google, Gmail and YouTube are some of the many. However, Google is also present in the hardware market as well. They’ve been creating many different devices, from smartphones to routers. Tablets were also their things, with the Nexus 7 probably being the most memorable among you. The Google Pixel C was the most recent addition to this lineup, but that one was released three years ago. It was natural for Google to give this market one more shot. Therefore, we now have the Google Pixel Slate. Aimed to compete with the iPad and Microsoft Surface Go, this device packs a lot of interesting things. Let’s take a closer look at it!

Starting with the design, let’s designate one point. The device alone is a tablet, but Google is pushing towards the hybrid space, where you can use it as a laptop as well. The device is thin and quite portable, weighting in at 725 grams. It’s also pretty slim at 7mm thickness. The edges are slightly rounded, with the back being made from aluminum. On the front, you will find the 12.3” “Molecular” LCD display with 3000 x 2000 resolution. That puts it at 293ppi, which is pretty impressive. Aside from that, the panel gets very bright at 400 nits. On both sides of the front you will find the stereo speakers that are incredibly loud and clear. The front camera is sitting on the top. Rotating to the back, you will find the rear camera in the corner. The fingerprint sensor is placed in the power button on the top.

Moving over inside, the Google Pixel Slate is not a slouch. Starting with the processor, you can choose between many of the 8th generation of Intel processors. Those are the Intel Celeron, the m3, the i5 and finally the i7. All of them are great and you should choose depending on your needs. The same is true for the memory – there are many different options. You can choose between 4, 8 or 16GB of RAM and 32, 64, 128 or 256GB of internal SSD storage. Rounding up the internals, the Slate comes with a 48Wh battery. Google claims that it will easily last you up to 10 hours of use. The cameras are not a primary feature of a tablet, and they’re used more for video calls. Nevertheless, the Slate comes with two 8MP shooters on both the back and the rear, of which the front is a wide-angle one.

Aside from the Slate, Google announced the accompanying keyboard to go with it. The keyboard has an interesting design, especially the rounded keys. They have nice travel and they’re backlit, giving you more visibility during those long night sessions. The keyboard also acts as a stand, giving you many different levels of adjustments. Aside from the keyboard, you can also use the Google Pen with the Pixel Slate.

Finally, the Google Pixel Slate runs on Google’s own Chrome OS platform. It was natural for Google to use this instead of Android, since Android is not well optimized for tablet users. And with the full support of Google Play apps, you’re not missing out on the mobile experience as well. The software packs in a lot of useful features and it’s specially optimized for both tablet and laptop users.

The Google Pixel Slate will be available until the end of this year, with a starting price of £550 for the lowest model. The accompanying keyboard will be priced at £200, while the pen at £100.

So, what are your thoughts on the Google Pixel Slate? Share them in the comments below.