You’ve probably seen the images of the Samsung F480 mobile handset, and you may just have noticed it has a new operating system the UI known as TouchWiz. The TouchWiz is based upon Samsung’s Croix interface and is to be used on all further touch-phones from Samsung. 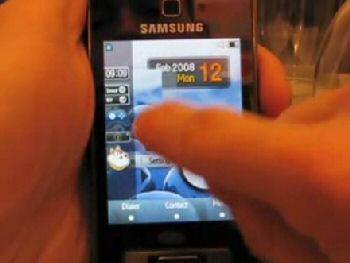 The guys at Phone Scoop happened to get hold of a F480 while at the Mobile World Congress, and had a play with the TouchWiz; the result isÂ  a fairly informative video which shows off the UI doing what it’s supposed to do. So take a gander at the video below and see if you fancy this TouchWiz UI.Â

One thought on “TouchWiz for the Samsung F480 video preview”