Only one day ahead of the iPhone Software Roadmap press event, Steve Jobs spoke with Apple shareholders, and true to form Jobs avoided speaking about the forthcoming release of the official Apple iPhone SDK. The one tiny SDK info he did let slip was “there will be a lot of apps out there this summer.”

However it isn’t clear ifÂ Jobs statement means the iPhone SDK will be released early and expects developers to get their fingers out, or if the iPhone SDK won’t hit the shelves until the summer. When questioned about the iPhone’s potential support for Adobe Flash, Jobs threw it out and any hopes of embedded video viewing on the iPhone. Jobs apparently don’t want the scled down mobile handset version of Flash, Flash-Lite to mar the full web experience of the iPhone. 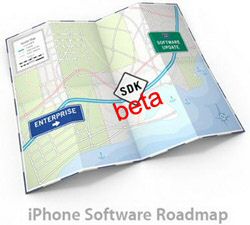