Apple iPhone to get 15 games developed by Gameloft in 2008: SDK

Apple iPhone users will love all new games from Gameloft for 2008, Gameloft who are the leading developers and publishers of games for mobile phones have recently confirmed in a keynote speech at the recent Game Developers’ Conference their intention to develop 15 new mobile games which will be built upon the Apple iPhone’s SDK (Software Development Kit).

We know the SDK was recently released, games will only be available to purchase once the App Store, featuring third party applications that can be downloaded to your device via WiFi or EDGE, launches in June 2008. We will obviously keep you updated on what the games will be as soon as we know. 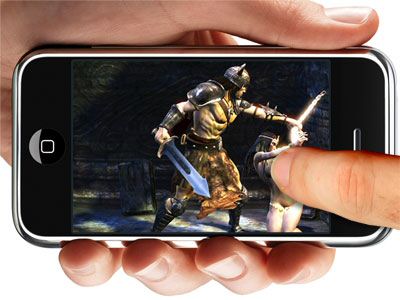 Michel Guillemot, President of Gameloft said “The iPhone gaming environment opens a new era in mobile gaming and is exactly what we’ve been waiting for”. “The Apple iPhone has changed the way consumers perceive and interact with their mobile phones, and the release of the SDK is a tremendous opportunity for Gameloft to apply its creative and innovative approach to mobile gaming,” said Guillemot. “Due to our investment in creating one of the most advanced and creative development studios to date, we are ideally positioned today to seamlessly integrate new opportunities and quickly produce games that are as evolutionary as they are enjoyable.”
Keep coming back as we will bring you the names of the games which will be released for the Apple iPhone.