Sony Ericsson’s application includes diagrams which show a mobile handset in sporting game layout, and landscape orientation, with the touch-screen showing gaming controls similar to that of a PSP, and SE even mention the PSP in their application. 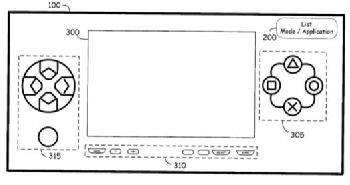 “A system and method is disclosed for reconfiguring the graphical user interface (GUI) of a mechanically vibrated touch-screen display associated with a portable mobile communications device that is operable in a variety of modes.”Â 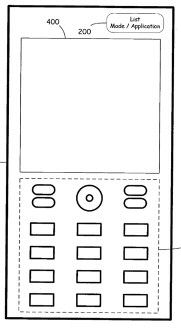