It now seems as if LG are moving up a gear when it comes to their mobile phones, we know how good their Viewty is however the lack of full web support lets it down. Now that is about to change with the LG-LH2300 Touch Hello UI Web phone.

The handset has a 3-inch LCD touchscreen just like the Viewty has, but LG have not just stopped at giving you internet access as the phone features T-DMB mobile TV as well. The camera is a 3 megapixel, for storage the LG-LH2300 uses microSD memory the phone like most other handsets comes with Bluetooth. 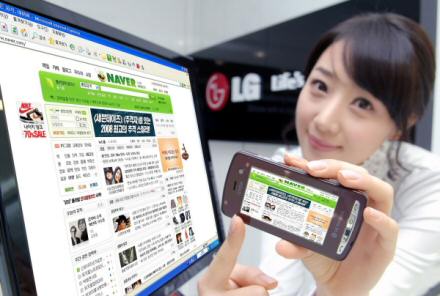 The LG LH2300 Touch will cost the equivalent of $600 U.S. when it is released in Korea next month.