Research In Motion (RIM) the manufactures of the BlackBerry handset has officially entered the Russian mobile market .The largest Soviet country on the planet has finally leapt into today’s mobile technology by offering its people RIM’s business-class BlackBerry 8700g to be used on the Vimpelcom network

After the FSB’s (Russia’s security agency) approved the push-email RIM smartphones, British American Tobacco has placed the first order of the BlackBerry 8700g which represents the archetype of BlackBerry. 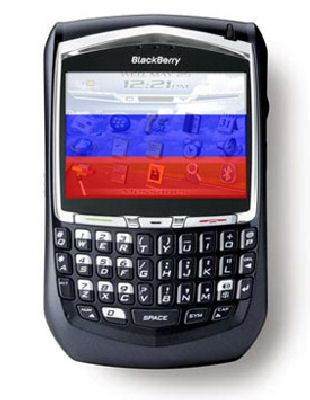 Apparently Vimpelcom is in negotiations with at least 40 potential corporate types and rival carrier Mobile TeleSystems to hopefully bring the BlackBerry to further business clients., although Russia should prepare for the withdrawal which includes BlackBerry email outages.