So all you gamers out there with Apple iPhones, remember some years back the fuss about the Rubik’s cube? It took the world by storm some time ago, well back in 1974 actually, so maybe there are quite a few Apple iPhone users who don’t remember.

Anyway, the Rubik’s cube was invented by Professor ErnÅ‘ Rubik and sold 300,000,000 cubes worldwide. The Rubik’s cube was a physical cube puzzle game with 6 sides of solid colours which were then twisted and mixed up and the object was to then get the cube back to its original state of six solid colour sides. Easy you may think but when you consider a standard 3x3x3 Rubik’s cube can have 43,252,003,274,489,856,000 different positions, the game doesn’t look so easy anymore. 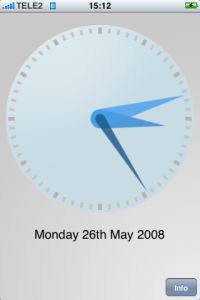 Why am I telling you this? Well because there is now the iCube which is a native Apple iPhone game which allows the user to play the iPhone version of the famous Rubik’s cube. The iCube differs from a real cube because the user has more choices. With iCube you can start with a small cube of 2x2x2, and once you’ve mastered it you can then move onto the regular sized cube of 3x3x3. Once you’ve eventually mastered the 3x3x3 standard iCube you can then go even further with a 4x4x4 cube. 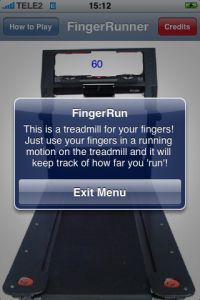 The iCube version also allows the gamer to undo/redo, reset to complete the cube and mix-up when you wish to restart the cube. There is even a clock enable option so you can see just how long it takes. iCube also has isometric 3 side view, to turn a row just select and slide.

iCube only works on jailbroken iPhones, so you’ll need to install http://repo.ispazio.net to the sources list, and you should be able to locate iCube in the Games category.

Video below for you to see just how it works.