The Apple iPhone is the CSI Phone on TV at least

We all watch TV at least occasionally, and many brands of items flow across out small screens, so how many times have you noticed an Apple iPhone in a TV program? Mostly everyone knows the Apple iPhone is a nifty tool, but just hoe nifty has it become?

Well it seems the Apple iPhone is certainly nifty enough to be used by crime scene investigators, well at least in the TV show CSI: Las Vegas! 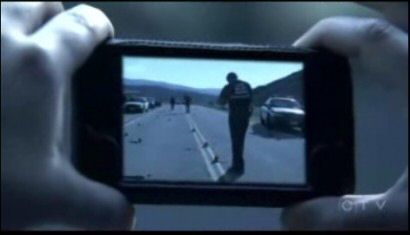 If you watch CSI: Las Vegas and watched episode twelve of season eight, episode named Grissom’s Devine Comedy, any have a good eye for product placement you may have noticed one of the CSI’s, Catherine Willows, using an Apple iPhone to snap images of the crime scene and then sending on to Gil Grissom, the head investigator who happens to be down with a touch of the flu so can’t attend the crime scene in person. 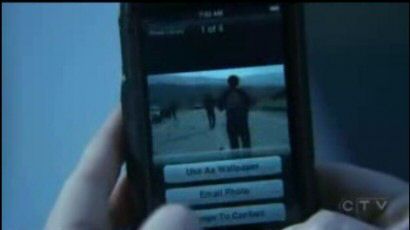 Whether this would actually be considered in real crime scene investigation is another matter. It would seem the convenience of quickly and easily snapping photos and then e-mailing them on the spot may out beat the fact that the Apple iPhone only houses a 2 megapixel camera, but then again maybe this was only product placement.

The real question that springs to mind is whether the Apple iPhone, or any other mobile phone with a camera for that matter, be actually authorised for police or a crime scene investigator to you as a tool? What are your views, do you think the law enforces use their mobile phones to capture evidence?