The Motorola What? ZN5 or ZINE? Who knows? How about Motorola Maybe?

Ok so let’s have a think on this one, the much rumoured Motorola superphone, now just what is it called? The Motorola ZN5, the Motorola ZINE, who knows at this stage your guess, is as good as mine. Whatever you call it, (I think I’ll name this one the Motorola Maybe, as it Maybe ZN5 or Maybe the Zine, it has a certain ring to it don’t you think?).

There has been buzz around this mobile phone for quite some time with hopes that this is the one mobile to drag Motorola back from the brink of the mobile abyss. The Motorola Maybe (see said I was gonna call it that) has bounced around Moto’s labs for ages, so we can expect something totally amazing once it finally comes out right? 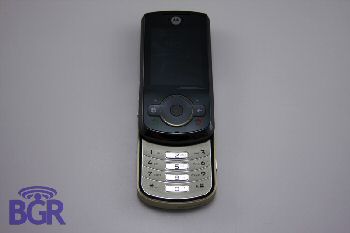 One would think so, but it doesn’t look that promising. Firstly is tops up with what…EDGE, totally inexcusable of Moto for a mobile in this class. Yeah it has WiFi, but wouldn’t you think that if this one is supposed to be Moto’s saviour device they’d at least spend a few notes on upgrading the chipset, and have MOTOMAGX working with HSDPA?

Ok, so it does have a 5 megapixel camera, but that’s it, not even auto-focus to help it along, the guys at Moto are amazing! There’s Bluetooth in there though along with 100MB internal memory and microSD.

Ok so I think Moto may need a hand, so have come up with a ditty for them…

The Motorola Maybe, its Moto’s new baby,
It has to pull them from the brink,
Without this Moto just might sink.
Motorola needs this one to do well,
So try to use a name that’ll make it sell.