Summary: What happens when two siblings stand against each others starving for the attention of big daddies out there who are going to take them home along themselves. The same scenario is finding its existence in the mobile arena where Nokia E65 Vs Nokia N73 match is successfully popping numerous eyes out.

Each of the hi-tech mobile phone is blaring out the advantages the user is going to have after owning any of them. Both the phones are equally loaded with features that may have been ever desired by anyone. The phones are generating good level of competition but are surely creating trouble for the customers who are supposed to choose one out of them.
Starting with the very basic attributes, both the phones are equally equipped with all the basic functions that a phone is expected to have. For instance, both the phones are extremely light weight and compact. Their sleek and bonnie body can attract any one promptly. The look of the phones are pleasing and the features that these phones offer are also very splendorous pieces. Nokia N73 also offers an excellent talktime as well as stand by period, thus relieving the user from the boring task of charging the phone which often becomes tiring. 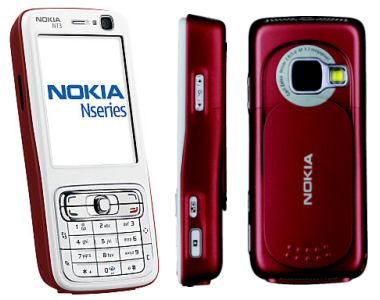 The screen display quality of both the handsets is extremely wishy. The display of the nokia phones complements their looks really well. There is a wide range of colours of both the phones to choose from. The calling quality and clarity of Nokia N73 is commendable. The calling features include voice dialling, voice memo, speaker phone , vibration alert, video calling and photo caller ID. The Nokia E65 also offers the same features with same level of excellence. Further, the Nokia E65 has an in-built camera with a noticeable resolution of 1600 X 1200 pixels. It supports both EXIF and JPEG formats. The phone also has a 4 X zoom. The video recording of the phone is outstanding and the quality of the videos speaks for itself. 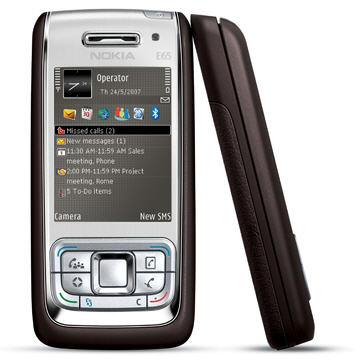 Besides, both the mobile phones flaunt fairly good expandable memories. The person can store vast amount of data in it. Whether music, wallpapers, themes etc, he is free to store anything he wants to without caring about the storage. Moreover, Nokia E65 has provisions for polyphonic as well as MP3 ringtones. It supports various formats like MP3, AAC, eAAC, +WMA and has awesome music provisions like playlists, equaliser etc. The exquisite camera quality of the phone can be seen in the high quality pictures thus produced. The camera features include auto-focus, digital zoom, Carl Zeiss lens, White-balance, Macro, additional VGA camera etc. Talking about the Nokia E65,the phone has numerous connectivity features like bluetooth, Irda, Wlan and Wi-fi, Pc Sync, SyncML and USB. The phone gives the user an ability to stay in touch with not just his near ones but with the whole world as well. The phone also has Internet options through WAP and browsing. The phone supports audio playback, audio formats like AAC, AAC+, MP3 and eAAC+.

Beside, the Nokia N73 includes certain features like JAVA MIDP, push to talk, video calling and downloads, T9 dictionary, stereo FM radio, voice command or dial, PIM including calender, to do list and printing. Also, the features like photo/video editor and integrated handsfree are present in very good form in this phone.

On the other hand, the Nokia E65 has certain features installed surprisingly in it like Symbian/S60 Symbian OS 9.1, JAVA, Flash Lite and various exciting games. These games ensures that you never fell into the trap of boredom. There are various exciting pre-loaded as well as downloadable games in the Nokia N76.

In short, these phones are equally equipped with fabulous features as well as the nicest of looks. Both the phones have commendable captivating powers which is attracting people from both the tech savvy as well as fashion conscious world. Though the competition is really tough, the final decision still rests in the hands of the customers only. The healthy fight between Nokia E65 Vs Nokia N73 is a real competition which has indeed brought the best in both of them.