Will we see an Apple iPhone nano by Christmas?

There are whispers going round the net waves that there just maybe an Apple “iPhone nano” due to hit the streets just before Christmas, according to an article at DailyMail.co.uk.

This same rumour did do the rounds about a year ago when then Analyst JP Morgan said Apple would be planning to launch a cheaper version of the iPhone in Q4 of 2007. 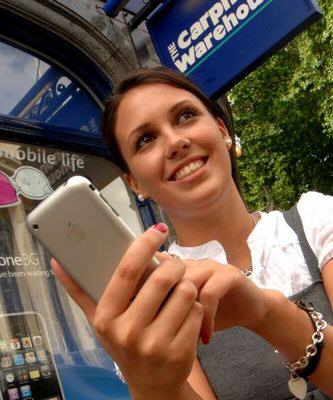 The report by JP Morgan was later retracted and rumour had it that JP was given the boot.

In the DailyMail article is sates: The product will be launched in the UK at up to Â£150 for pay-as-you-go customers by O2, the mobile phone group owned by Spain’s Telefonica. ‘This will be a big one,’ said an industry source.

Apparently one expert, not named, has suggested that an “iPhone nano” would include a touch-wheel on its rear and a display on it’s front, which means the numbers would be dialled from the back.

So, what do you think, will we be seeing a new Apple handset by Christmas?