BlackBerry Pearl KickStart 8220 in pink on offer from Rogers

It would appear that Canada’s Rogers Wireless will be offering Canadians Research In Motion’s only BlackBerry clamshell, the BlackBerry Pearl KickStart 8220 in a nice effeminate pink colour.

Rogers Wireless will be offering the Research In Motion BlackBerry KickStart 8220 for just $49.99 as long as you take up a three year agreement with them of course. 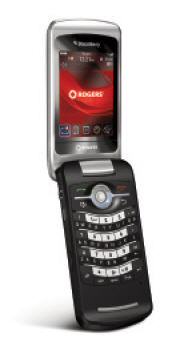 Rogers Wireless also does the BlackBerry KickStart 8220 in grey, presumably so the guys won’t feel left out. The image is somewhat Christmasy too with all that red and star, maybe Rogers are pushing the pink as a possible Christmas prezzie for your girl.