The RIM BlackBerry Storm gets pictured 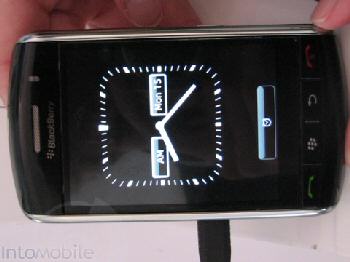 As for the operating system, it is still somewhat beta but there are a few more recent versions, and Research In Motion is clearly working hard to iron out the bumps and bugs so that there is something reasonably stable for that much rumoured release in November.