One hundred music fans were selected from three thousand applicants who went through a vigorous casting stage to locate the most passionate, creative, and dedicated music fans available. 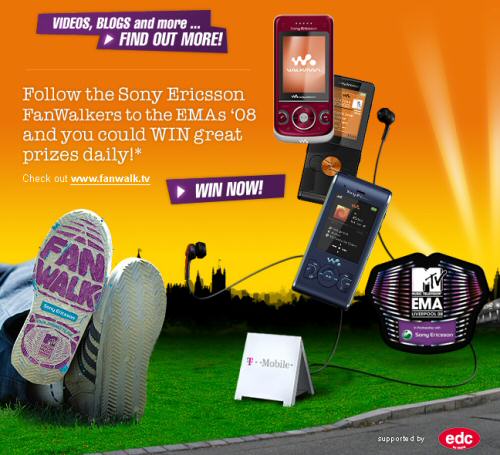 One lucky FanWalker will receive the opportunity to go on stage at the MTV Europe Music Awards to present an award to one of the famous music acts.

Got to give it to Sony Ericsson for being extremely inventive with marketing campaigns as I’m sure the media exposure will be immense.