While at the Mobile World Congress 2009 in Barcelona, Dieter Bohn for Crackberry headed for the BlackBerry booth where many BlackBerry Alliance members were at hand to show off their latest applications and products.

What Bohn found was the most interesting in the Research In Motion camp was the HTC Touch Pro running the BlackBerry Application Suite. 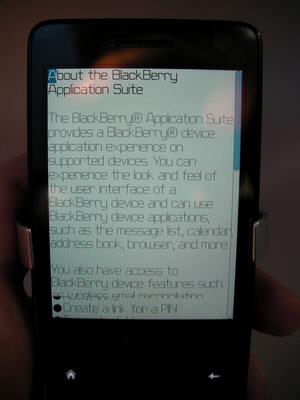