Today Nimbuzz is announcing the launch of ultimate iPhone VoIP app with the latest Nimbuzz update now available from the iPhone App Store. The new app is focused on bridging the 3G VoIP gap on the iPhone – anywhere:

With free Wifi calls to instant messaging buddies already available, we added a full dial-pad, and the ability to make VoIP calls to landlines and mobile phones with Skype Out, and via 10 VoIP partners including Gizmo5, Vyke, SIPgate and A1. You can even see the available Skype Out credit you have directly on the dial pad.

If Wifi is unavailable you can make VoIP calls to Nimbuzz buddies using Nimbuzz Dial-Up VoIP in over 50 countries. (Dial-Up VoIP – dials a local access number that connects to anywhere in the world via Nimbuzz VoIP servers to make calls to Nimbuzz buddies anywhere for the same cost of a domestic call.) Turn iPod touch into an iPhone – Make calls over Wi-Fi via SkypeOut or via VoIP provider. Upgraded interface with much improved usability and the awesome landscape-mode chat

19 March 09 — Rotterdam – Nimbuzz (www.nimbuzz.com) today releases the most comprehensive VoIP application for the iPhone. With free Wifi calls to instant messaging buddies already available, new additions include the introduction of a dial-pad and the ability to make VoIP calls to landlines and mobiles via Skype-Out, and Nimbuzz’s major SIP provider partners including Gizmo5, Vyke, and SIPgate over Wifi — effectively turning the iPod touch into an iPhone. iPhone users without Wifi connection can make VoIP calls using Nimbuzz Dial-Up VoIP in over 50 countries. 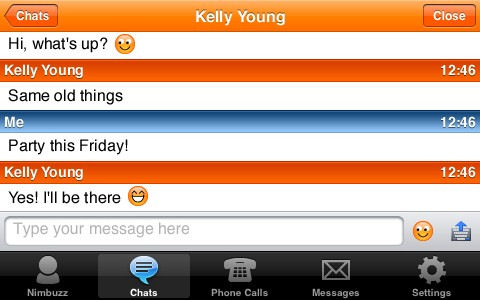 Unique to Nimbuzz is the available credit shown on the users dial-pad when using Skype Out for phone calls to landlines and mobile phones.

Nimbuzz bridges the iPhone VoIP gap by allowing VoIP calls over 3G via its Dial-Up VoIP option in over 50 countries. It allows iPhone users to call (international) mobile and landlines at significantly reduced costs, by dialing a local access number that connects to anywhere in the world via Nimbuzz VoIP servers. 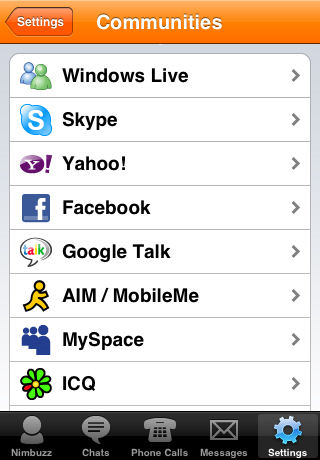 New VoIP call options are available via Nimbuzz’s global affiliate SIP partners: Gizmo5, Vyke, SIPgate, and 7 other global players. These additional call networks are seamlessly integrated into the interface to use Nimbuzz for cheap (international) VoIP calls to landlines and mobile phones over Wifi. 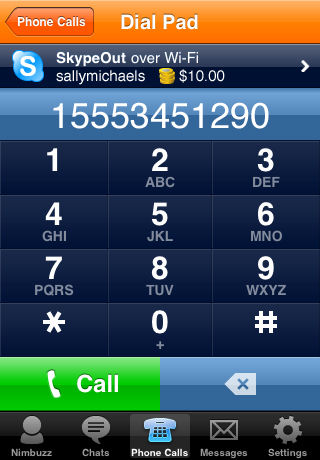 “The fact that Nimbuzz adds a new user around every 4 seconds is partly due to our successful iPhone application launched in November last year”, says Evert Jaap Lugt, CEO of Nimbuzz. “We are a mass-market lifestyle application and are keen to ensure we keep up to date with the needs of the hyper-connected, so this update reflects initial feedback from our users.” 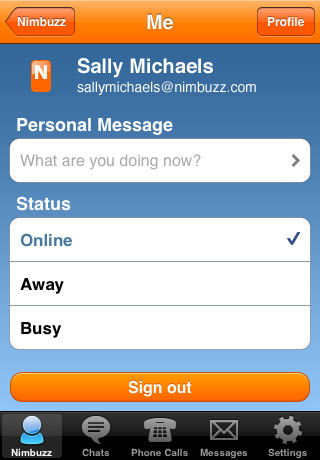 The additional iPhone SIP calling functionality will be promoted via a two week online banner campaign on partner sites Gizmo5, Vyke, and SIPgate.

Says Michael Robertson, CEO of Gizmo5:”We are excited to promote Nimbuzz for bringing Gizmo to the iPhone, and profit from Nimbuzz’s impressive growth and value add services.”

– Signed global manufacturer partnerships with Toshiba, RIM, and Spice Mobiles!
– 1 new user in less than 4 seconds — or well over 20,000 new users a day.
– 95% would recommend Nimbuzz to a friend (based on 10/08 user survey with 15,000 respondents).
– Only mobile social messaging aggregator to ever win the prestigious Red Herring Global 100 award.
– We also won Best Mobile, Best VoIP and Best IM app at the Top Mobile 20 awards