Samsung has officially announced four new mobile phones within the mid-range, and are the Samsung S6700, Samsung C5510, Samsung M2510 and the Samsung M2310 according to a report on GSMArena. 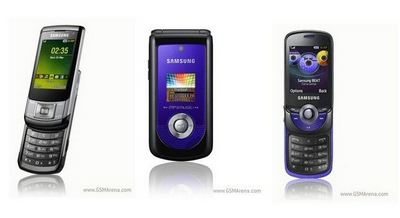