These wooden mobile phones were apparently built with the collaboration of Olympus, More Trees, a restoration project in Japan, and Sharp. The prototype mobile phones feature cypress wood and are called Torch Wood, (no, nothing to do with the Dr Who spin-off series.) 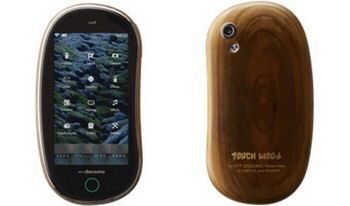 Apparently even though they are made of wood they are water, mildew and insect resistant due to 3D compression moulding tech which was developed by Olympus. The prototypes are to be exhibited at ITU Telecom World 2009 in Geneva and also CEATEC Japan 2009 in October.