Nokia N8 Gets Handled and Previewed and Pictured

Apparently there is an exclusive “Show ‘n’ Tell” going on in London with Marko Ahtisaari, Nokia’s head of design and the guys from NokNok were on hand to get to play with the new Nokia N8 smartphone; previously posted hands-on videos can be viewed (here), and thus have given their preview impressions on the device.

First off they say that the Nokia N8 they got some hands-on time with was a prototype so they couldn’t check out the new Symbian^3; however the Nokia N8 is built in anodised aluminium that gives the handset a great feel with good balance and impressive size. 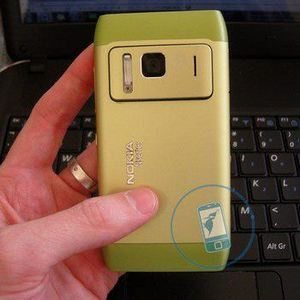 Apparently the Nokia N8 doesn’t have a removable battery the reason being it was to keep costs down and also means the 12 megapixel camera it sports doesn’t need to be compact. The guys do have quite a few pictures for your perusal though which can be found on their site, but make sure you come back and let us know what you think by dropping us a comment.