Apparently Sony hasn’t bothered to unveil or showcase their Sony Ericcson Xperia Play smartphone which is of course the Sony PlayStation phone during CES 2011; however someone has managed to get their mitts on the device.

According to an article over on the Boy Genius Report by Zach Epstein, Chinese blogger IT168 has posted quite a long preview of the Sony Ericsson Xperia Play handset giving out such details as a 4 inch 854 x 480 pixel display, and 1GHz Snapdragon processor and Android 2.3 Gingerbread. 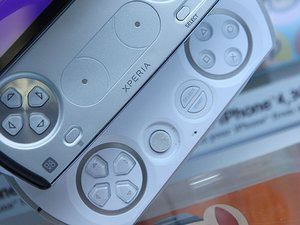 Other specs revealed include a Qualcomm Adreno 205 graphics processor, 8 megapixel camera with LED flash, 512MB RAM, 512MB ROM, microSD expansion and a 1500mAh battery. Apparently there was also some benchmarking done with the device which was quite impressive by reaching 1733 Quadrant score. 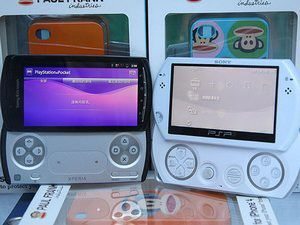 There is also an abundance of pictures of the Sony Ericsson Xperia Play PlayStation phone, s few of which we have here and the others can be seen by hitting up the BGR, but they didn’t posy any video footage.

However, not wanting to let our readers down we have source a few Sony Erixcsson Xperia Play videos for your viewing pleaure courtesy of YouTube user Yatagami0…enjoy.