No doubt most iOS device users use Twitter for their daily boost of gossip, news and keeping up with what their friends have been up to, but how about the gaming potential Twitter offers to the iPhone? Well we have five Twitter based iOS games for your consideration today.

The list of 5 iOS games based around Twitter has been compiled by the guys over at Mashable, created by iPhone developers and all have a Twitter theme, so let’s get right to it… 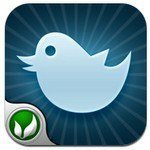 First up is Poptweets for the iPhone, iPod Touch and Apple iPad, and is a celebrity Twitter trivia game whereby the users has to match the tweet to the celebrity, with thousands of tweets from hundreds of the top celebrities.

Poptweets categories include Movies, Sports, Authors, Comedians, and Politics, the ability to follow any celebrity in-game, OpenFeint global leaderboard, integrated Twitter and Facebook of course, and unlockable achievements. Poptweets for iOS devices is available from iTunes for $1.99.

Next we have Super Twario, an iOS app that transforms your Twitter stream into a “retro video game.” Super Twario utilises the iPhone accelerometer, and shows the user as a little white rabbit as you work your way through hopping onto tweets that appear on screen.

The Super Twario iOS game is platform based, with tilt controls, tap to jump, swipe to run faster, tapping on a tweet enables the user to read the full tweet, and the ability to re-tweet. Super Twario can be downloaded from iTunes as a free game.

At the halfway point we have ChumpDump, a Twitter based game, which gets the user to choose who in their feed gets dumped or saved to their friends list, and rewards those users that weed out the chumps, and once you have dumped the chump you can tweet about it.

ChumpDump according to Mashable isn’t a game that will have you hooked for hours, but if you play it now and then the game can offer some “interesting Twitter insight.” ChumpDump for iOS devices is again a free game available from iTunes. 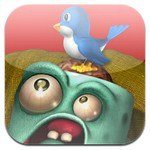 Almost there we have Tweet Defence, a standalone tower defence game with a zombie theme, which includes Twitter as part of the users game strategy. Tweet Defence uses the users Twitter activities as game stats, thus the more followers and the more the gamer tweets; the more your tower gets boosted.

Tweet Defence features 10 levels from easy up to a horror show of devastating proportions, with 6 tower types including brain shock tower that turns enemies against each other, and 5 enemy types such as viral marketing zombie. Tweet Defence can be yours to play by hitting up iTunes and paying $2.99. 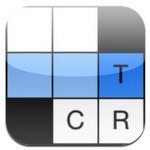 Last but not least there is TwitCross, an iOS game for the iPhone, iPod Touch and Apple iPad for the crossword fanatic; a crossword game that gets the user to guess words in the context of the tweet in which they appear.

TwitCross gets the user to fill in a crossword where the clues are real tweets, and if a tweet confuses the user they can see the full tweet by tapping the user icon. TwitCross can be downloaded to your chosen iOS device for free by hitting up iTunes.

There you have it, five tweet based iOS games for the Twitter lover, although I’m sure there are plenty more for the user that can’t get enough of Twitter related gaming, so if you have a favourite then feel free to let us know.