According to an article over on the Engadget by way of Phone Arena, a member of Howard Forums, one wnrussell has posted what looks like pictures of the successors to these devices, the Motorola Droid 3 and Motorola Droid X 2 here, and here

Furthermore wnrussell also posted a picture of a previously unknown smartphone which is apparently called the Motorola Targa and the word has it the Targa is a 4G LTE enabled device for Verizon that looks to be sporting an outsized camera sensor on its rear along with a front facing camera.

Other than the images there is no further detail on any of the pictured devices given. Although one member does apparently believe the Targa is fake.

The Motorola Droid 3 is pictured above while the Motorola Droid X 2 and Motorola Targa can be found below, so check them out and let us know your views on these devices by posting your opinion to our comments area below. 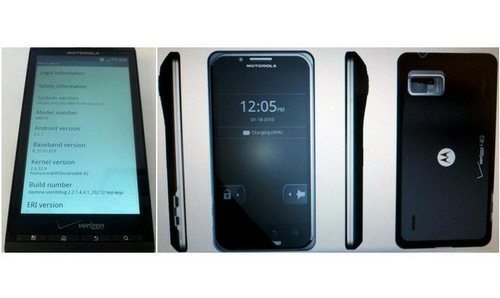 One thought on “Motorola Droid 3, X 2 and Previously Unknown Targa Pictures Pop Up”