So now that the HTC Thunderbolt has come out to play, just how much faster is the Android 2.2 Froyo 4G smartphone when compared to other smartphones? Well you are about to find out as we have a little speed test video footage for your viewing pleasure below.

The HTC Thunderbolt 4G LTE speed test video comes our way courtesy of the guys over at Phone Arena which runs a couple of speed tests on the Verizon 4G LTE enabled handset and then compares the Thunderbolt with the Motorola Droid X and of course the iPhone 4. 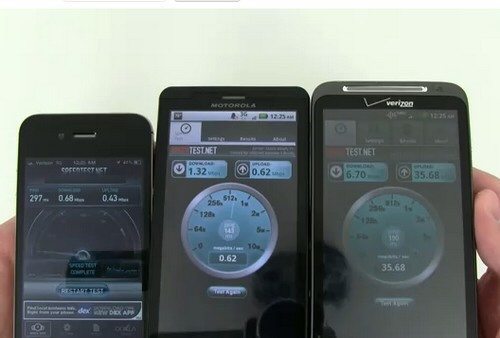