So, earlier I posted a comparison fight video between the new Android 2.2 Froyo packing HTC Thunderbolt 4G enabled handset for Verizon against the might of the iconic iPhone 4, and now we have round 2 of that confrontation for your viewing pleasure below.

The first video compared such things as hardware, specs, design and price, and the second video which comes our way courtesy of Technobuffalo delivers thirteen minutes of face off action comparing web browsers and typing along with a speed test.

Can the new kid on the block grab the smartphone crown from the long time holder, well to find out you’ll have to skip on down, and hit that play button to se if finally there’s a smartphone to challenge the iPhone…enjoy. 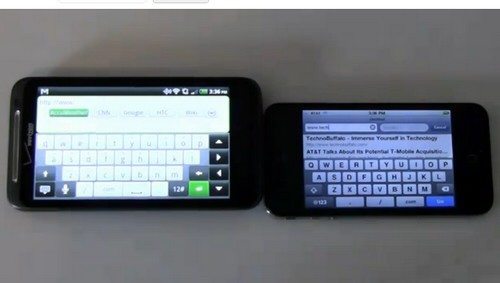