For all you Motorola Defy smartphone owners on T-Mobile who have been eagerly awaiting the arrival of the Android 2.2 Froyo update to come out to play on your device, you may like to know that your handset should now be getting the Android goodness it deserves.

According to an article over on Ubergizmo by way of Phone Dog, and Android Police, T-Mobile has officially announced the OTA roll out of Android 2.2 Froyo to the Motorola Defy.

Apparently the Android update is fairly big at 112MB and delivers such goodies as Flash and being able to store apps on your SD card along with such things as an added profiles feature with 3 sets of home screens, dialler search, task manager, new security features, updated UI and LinkedIn accounts can now be integrated with contacts.

With the Android 2.2 Froyo update being 112MB you may want to make sure your WiFi is enabled before you grab the update, and if you’ve not received notification of the update you can check manually by going to Setting>About Phone> System Updates. 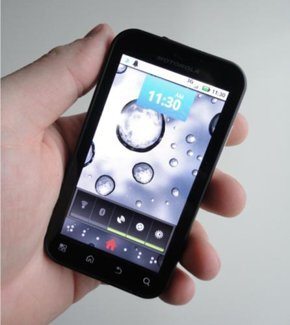