So if all turns out correct with this latest bit of news about the long awaited white version of the iPhone 4, the smartphone that has eluded the iOS faithful for so long may be making a limited appearance in Europe next week.

According to the guys over at 9to5 Mac, a Netherlands retailer BelCompany source has sent them a memo concerning the release of the white iPhone 4 in both 16GB and 32GB mentioning a launch date of Wednesday the 27th of April.

Here’s what the memo said…” This Wednesday, all retail stores will receive the white T-Mobile iPhone 4 16 GB. Also, a limited number of retail stores will receive one single white iPhone 4 32 GB. New supplies will be scarce/very limited. If the supply is exhausted/sold out, inform the customer that new deliveries are expected in 4 to 5 weeks time.”

Apparently the source also says that T-Mobile may have exclusivity over the white iPhone 4 in the Netherlands at least, for a period of one month.

However, the guys over at Engadget are also reporting that one lucky customer has already got their hands on a white iPhone 4 from Vodafone UK. Apparently the Vodafone sales person rang the device up as the black version, and not too long after, Vodafone UK send out a notice to stop sales of the model “until next week.”

Thus it would appear that everything is running along heading for a white iPhone 4 release next week, so are you still hoping to pick up the white iPhone 4? 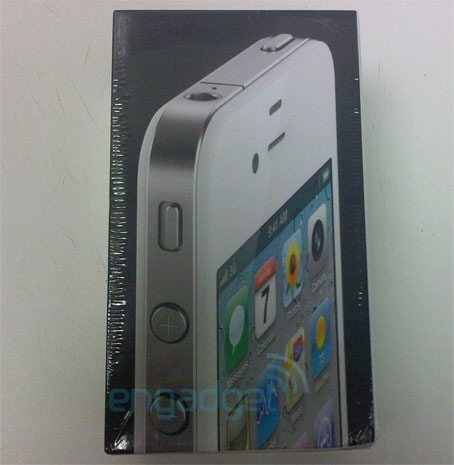