You are probably aware that the Samsung Droid Charge smartphone was delayed release earlier in the week due to the outage of the Verizon 4G LTE network, and there wasn’t any mention as to just when the Droid Charge would come out to play.

However according to a report over on Ubergizmo, the guys over at Android Central are reporting the Android handset may possibly see release on Tuesday the 3rd of May judging from a Costco internal memo.

Apparently the screenshot of the Costco internal memo has the Samsung Droid Charge arriving on the Monday but with instructions to hold off selling the smartphone until the Tuesday, and a revised launch date will be sent out on Monday.

So with any luck those waiting to pick up the Samsung Droid Charge could well have one in their possession by the end of the week, anyone going to hit up Costco soon? 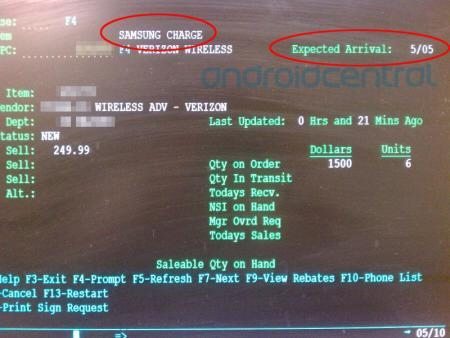