Android 2.3.4 Gingerbread Rolling Out OTA to Nexus One

If you own an Google Nexus One smartphone you may be pleased to hear that word has it that the Android 2.3.4 Gingerbread over the air update has started hitting devices, an update that apparently delivers Gtalk voice chat.

Having said that according to an article over on Phandroid, as the Google Nexus One doesn’t feature a front facing camera that particular feature isn’t of much use, so will probably be absent from the update.

Apparently the Android Gingerbread update does include several goodies along with numerous bug fixes so it’s worth grabbing, and to check if it is available for your smartphone you can hit Menu>Settings>About Phone>System Update, and you should be able to see 2.3.4 available for download.

According to the guys the Android Gingerbread update can also be used for the Google Nexus S as long as your Nexus S is currently running Android 2.3.1 or 2.3.2, and there is a video below showing how to manually update the Nexus S courtesy of QuantumRand a member of the Android Forums.

So if you have grabbed the Android 2.3.4 Gingerbread update for your Nexus One feel free to let us know how it went, and if you try it on your Nexus S we’d like to know if it works well or not…enjoy. 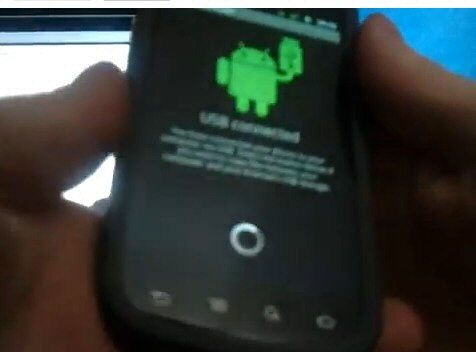 One thought on “Android 2.3.4 Gingerbread Rolling Out OTA to Nexus One”