Sprite Labs based in California have now announced the first is a series of 3D interactive apps for iOS devices that will soon be available on the App Store, the first in the series is called Talking Anya, and features a little girl that loves to sing and dance.

The Talking Anya iOS app will repeat whatever the user says and Anya also can play with a hula-hoop or a blowing bubbles game. She can dance and sing, and even get angry if you touch her hair and also makes a funny face if you tickle her nose.

With the Talking Anya app users can also compete against others via Game centre, and is a first of its kind app with real time 3D interactive character animation and delivers superior functionality such as on-the-fly dynamic modifications to characters and interactive gameplay.

The creative director of Sprite Labs, Nikita says, “We are eagerly waiting to introduce this new cute little friend to the iOS community.”

The Talking Anya app for the iPhone isn’t available on iTunes just yet, but when it is it will be a free app, but we do have a quick video demonstration of the new 3D interactive app for your viewing pleasure below, so check it out and enjoy. 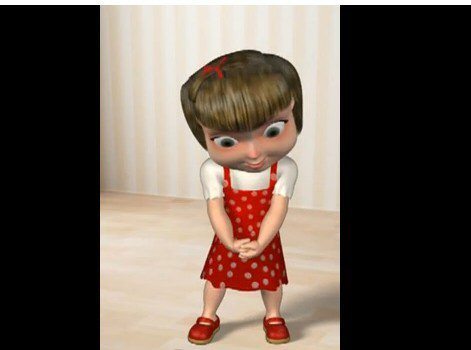