New News Near You Feature for Mobile Google News

There’s a new version of Mobile Google News been announced by the Google guys that delivers a new feature called “News Near You,” on select mobile phones and apparently makes mobile Google news location aware.

According to an article over on Phone Scoop by way of the official Google Blog, the new Google News feature is opt-in and dials in user location info to locate and deliver new relevant to said users location.

To use the new “News Near You” feature the user visits Google News on their iPhone of Android smartphone and on fist visiting a pop up will appear asking if the use would like to share their location, if the user clicks yes then location relevant news will show up in a new section titled “News Near You.”

The “News Near You” feature can be personalised later or you can turn it off altogether by hiding the section in your personalisation settings or via the mobile browser settings.

So there you have it the new “News Near You” feature explained, so anyone going to be using this new feature on their smartphone? 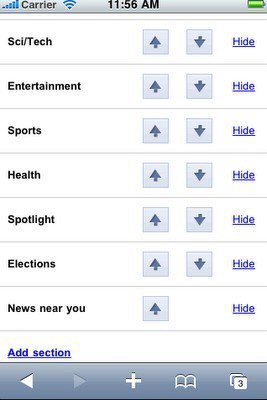