According to the guys over at Mashable, the app is know as Bay Bridge Explorer and is available for the iOS tablet and is apparently constructed on the foundations of 3D video gaming using the Unreal development kit.

The Mashable guys say that the iPad app has been released now because the San Francisco Bay Bridge is about to change shape once again, and apparently letting people know about the change through more traditional media is a “non-starter” and thus the free iPad app was released.

With the Bay Bridge Explorer app for the iOS tablet, users can experience the new bridge first hand and see future changes to your drive as they prepare to open the new bridge, and the user can drive in either direction whilst tapping to accelerate and tilting to steer.

The app also allows the user to go 10mph over the speed limit and the senior designer of Autodesk, Doug Eberhard says, “Many people want to crash just to see what it does. It’s fun to go off and see what else is there.”

The Bay Bridge Explorer app also features a few hidden eggs in the game for you to locate, and as stated earlier the app is a free download available from iTunes, so any of our readers going to grab the app and take a spin over the San Francisco Bay Bridge? 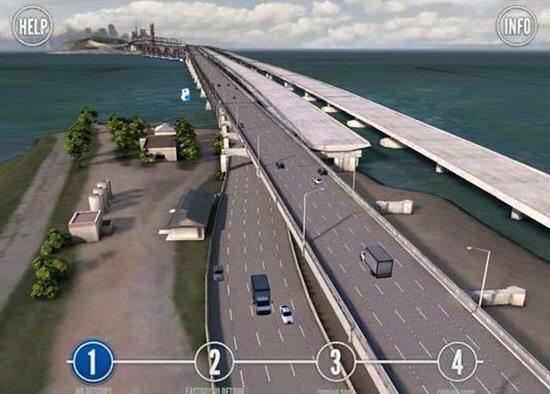