The LG Revolution will be the 3rd 4G enabled smartphone to play nice on Verizon’s 4G LTE network, and it was presumed the Android handset would have been launched by now but was delayed; however the LG Revolution launch date has now been confirmed.

According to an article over on Engadget, the guys at Droid-life have discovered documents that confirm the LG Revolution will launch on Verizon as of the 26th of this month, and will come with Netflix.

The Android 2.2 Froyo LG Revolution will be Verizon’s first 4G LTE device that will carry Bing rather than Google Search and will also apparently launch with Qi wireless charging as standard. 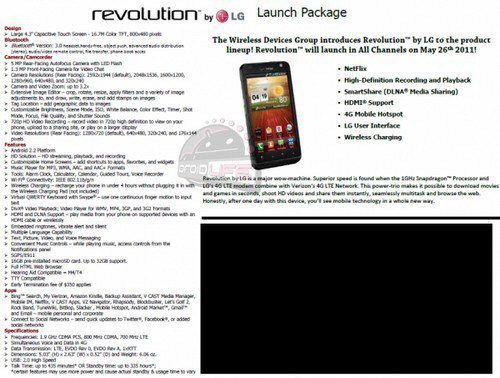