Apparently Microsoft’s Steve Ballmer, whilst speaking at the Microsoft Developer Forum 2011 in Japan has referred to the Windows Phone 7.5 Mango event scheduled for tomorrow will be a launch event and that apparently Mango will have in excess of 500 new features.

The guys over at Pocket Now have a video of Ballmer making his announcements at the developer forum by way of WMPoweruser, and there are references to the over 500 new features that Mango will being to Windows Phone handsets, and you can find that video below.

The video lasts just over two minutes and Ballmer makes mention of these new features at roughly the 50-second point and also says they “came to market with Windows Phone about a year later than he wished they had.” “Shame on us!”

Word is Windows Phone will come to Japan sometime later this year. According to Pocket Now some of the features will be Twitter integration plus messenger, turn-by-turn navigation, Internet Explorer 9, fast app switching, and if WP7.5 is coming to Japan then obviously languages support.

Anyway head on down and mast the play button to check out Steve Ballmer giving it his all on Windows Phone to the audience, but one does have to ask if Microsoft can make Windows Phone as accepted as iOS and Android, even with Nokia. What do you think? 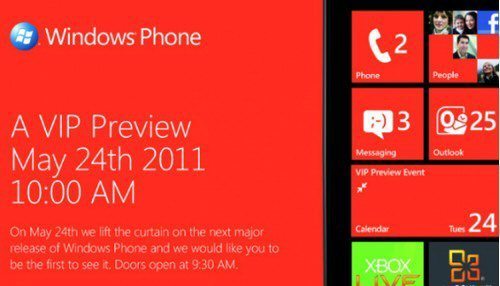