Alcatel is probably known best as a featurephone maker of the budget variety, and the occasional smartphone, but it appears that Alcatel also has desires of entering the tablet market and has done so with their Alcatel OneTouch T60 tablet which has now gained FCC approval.

According to the guys over at Unwired View, details and images were available at the FCC on the new Android 2.2 Froyo tablet from Alcatel, with is a 7-inch slate with North American 3G bands 850/1900 MHz.

Apparently the 7-inch Android tablet features a 3 megapixel rear facing camera, a VGA front facing camera, GPS, Google Maps, a 3.5mm jack and microSD expansion, but other than that not much else is know at this time.

Price wise it is hard to estimate how much the Alcatel OneTouch T60 tablet will come out to play at, but as Alcatel is known for budget pricing one could expect the tablet not to be too expensive, not word on when it will surface or where though. 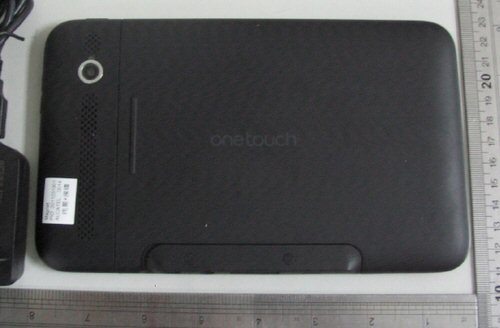