As we know, it isn’t expected that Apple will deliver the next generation iPhone during their WWDC 2011 event next week, but that doesn’t mean we couldn’t see the iPhone 5 appear before it is expected. The reason is that apparently AT&T stock of new iPhone 4 black units has depleted, so could the carrier be making way for the iPhone 5 or iPhone 4S?

According to the guys over on iPhone Download Blog, the guys at 9to5 Mac tweeted that AT&T has run out of new black iPhones. Apparently AT&T does still have stock of white iPhone 4 handsets, but no black models except refurbished ones.

There have been quite conflicting rumours over just when the iPhone 4S or iPhone 5 if you prefer is going to appear, some say summer, some say next year, others still say June/July. But why would a carrier such as AT&T allow their stock of new iPhone 4 handsets to run out?

So the question is does AT&T know something they aren’t letting on, perhaps they have had advance warning that the next iOS smartphone will be appearing sooner rather than later and thus has depleted their stock, what do our readers think? 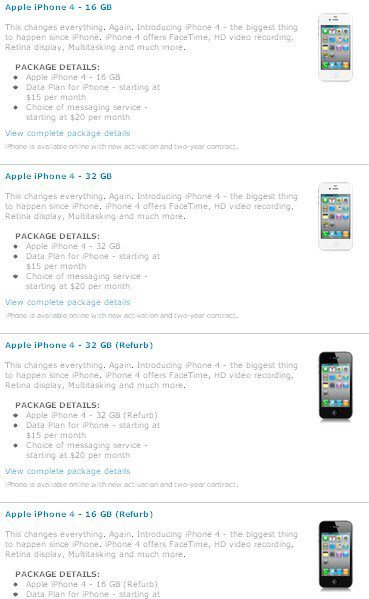