No doubt most know that the newest superhero to hit the streets is of course the Green Lantern, everyone must have seen a promotional trailer for the new Green Lantern movie staring Ryan Reynolds by now, and LG Mobile is promoting the new movie as my colleague Mark reported the other day (here).

I remember reading the Green lantern comics many moons ago, and well as interest in the green superhero has peaked due to the Green lantern Movie we thought we’d let you know what mobile apps are available for the iOS and Android platform. 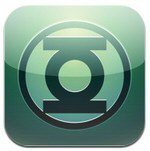 So we’ll kick off with iOS, and the Green Lantern: Rise of the Manhunters app, before the Green Lantern Corps was formed, the Guardians of the Universe created an android race to police the galaxy, but these were exhaled when they turned corrupt but are now back, and Hal Jordan along with power ring must defeat the android race, and the user is the newest recruit to the Green lantern Corps.

Green Lantern: Rise of the Manhunters iOS app enables the user to pick a wide range of weapons both defensive and offensive, fly across the universe to battle the enemy, and the ability top improve stats as they progress, and unlock upgrade for a health or energy boost. The Green Lantern: Rise of the Manhunters is available for the iPhone, iPod Touch and Apple iPad at a cost of $1.99 from iTunes. 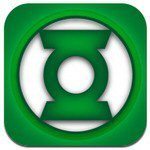 There isn’t a great deal of info on the Grean Lantern Oath app for Android so I downloaded it and to be honesty it basically isn’t worth getting as the above is all that it does, but if you want to shows your friends you know the Green Lantern oath you can grab the app from the Android Market for free.

Or you could opt for the ADW Green Lantern Theme Pro app that delivers the “Green Lantern’s power to your phone,” although you will also require the ADW Launcher or ADW Launcher EX** for the app to work.

There are a few more Android Green Lantern apps available but are all basically the same, so I’ll let you check out the Market to see if you want any and no doubt once the new movie proves to be a success more Green Lantern apps will come to light. 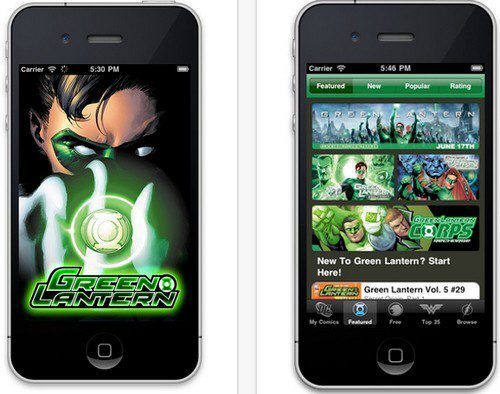