According to an article over on Mobile Syrup, Rogers Wireless has begun training employees on the new LTE network, which is apparently a good sign that Rogers has now completed the testing stage and is gearing up for a launch.

The internal Rogers doc is named “The Future of Fast” and states that Rogers customers will be among the first in the world to experience LTE. Apparently Rogers have named their LTE network “beyond 4G” and is said to deliver “lightning fast connected experiences.”

The word is that Rogers are training their employees on four key LTE areas that are, “How fast is LTE?” “What is LTE?” “The Customer Experience,” and “LTE beyond 4G.” So there you go, if you are a Rogers customer looking forward to that LTE roll out then it looks like the big day is getting closer and closer. 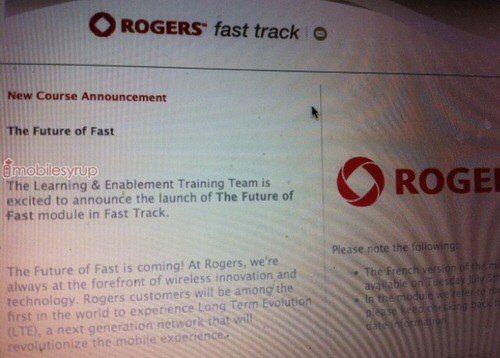