Now although the Nokia N9 will be the only Meego OS smartphone out there for the public, the device will not quite be all on its lonesome as there is of course the Nokia N950, which is the Meego packing handset for developers so they can get to grips with developing mobile applications for the Meego platform.

So today we get to have a look at the Nokia N950 in a video preview that comes our way courtesy of Thai website NuuNeoi, and delivers an nice in-depth almost eighteen minutes of getting up close with the Nokia N950 handset, although unless you understand Thai, the commentary will be somewhat useless, so you have to make do with the visual only.

The video isn’t about the Nokia N950 hardware though as the device is not destined for consumers but concentrates more on the software of the device, although to be quite honest here I can’t really see the point of developing for a platform that has already been assigned to the mobile grave by Nokia can you?

In the footage below you do get to see stuff such as the browser, camera settings, the dialler, aspect ratio, maps, turn-by-turn navigation, and even a Facebook app, so it’s worth checking out the video.

It seems to me that if developers want to develop for Nokia then surely they are going to bypass Meego in favour of Windows Phone as Nokia has already said Windows Phone is basically the future of Nokia devices.

Nokia put the final nail in the Meego coffin even before it got off the ground, and to expect developers to spend their time and energy on developing apps for the platform seems somewhat ridiculous, but then no doubt there will be some developers out there that will quickly jump aboard the Meego slow boat and who knows they may deliver some great apps, but with the Nokia N9 being the only device capable of using said apps there probably wont be a great deal of call for them.

So what do our readers think, should developers develop for the Meego platform or should that simply give it a miss as there will be only one device that can take advantage of said apps? 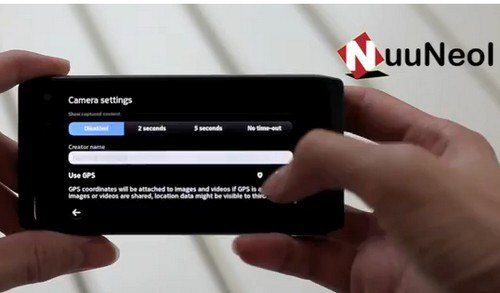