In a few days’ time the United States will of course be celebrating their defeat of the United Kingdom on the 4th of July to commemorate the July 4th 1776 declaration of independence from us Brits, and haven’t they come a long way since then?

Obviously the US Independence Day is one big occasion for our American cousins and over the pond here in the UK we don’t really hold it against them for rubbing it in our faces every year, as we are all very good friends now.

So as the 4th of July is only a few days away and all Americans will be celebrating we thought we’d bring you a few Independence Day celebration apps for the iPhone iPod Touch and Apple iPad, so let’s get right to those apps shall we…

So we’ll kick off with the Independence Day Countdown app for iOS devices, an app that obviously lets you count down the time until your very special day so you can make sure all the family is ready and the celebrations are set.

Next we have the Independence Day app for the iPhone, which is actually a game that is dedicated to the heroes who defend the people of the United Sates during World War II.

The Independence Day for the iPhone app delivers a reproduction of classic air campaigns, such as Normandy landings, Berlin, Tokyo, with six classic battles, 10 kinds of scenes, 10,000 equipment combinations, 100+ enhanced parts, and the ability to create individual fighter planes. The Independence Day app is available from iTunes for $1.99.

Then we have 4th July Independence Day Fireworks app; this app also includes a main page countdown clock to the Fourth, with such patriotic features as “Fly the flag” “The Star Spangled Banner” sing-along, a July 4th quiz, and a firework display at the Washington Monument. 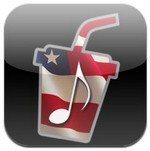 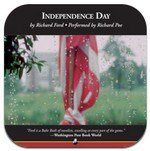 Lastly we have the Independence Day Audiobook, an audiobook that has been hailed as a major American novel and is a heart-wrenching but hilarious account of an ordinary American guy, Frank Boscombe, whose life changes on Fourth of July weekend when armed with the declaration of independence he goes on a mission to save his troubled son.

The Independence Day Audiobook, features background playback, automatic bookmarking so you can keep track of where you are, allows the user to write notes and email them to friends, and is preloaded with content for offline access. The Independence Day Audiobook is available for the iPhone, iPod Touch and Apple iPad from iTunes at a cost of $25.99. 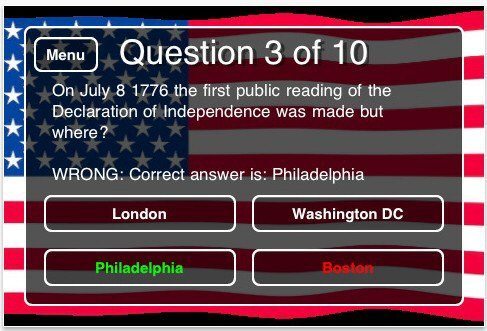