When it comes to the Sony S1 and Sony S2 tablets we haven’t really seen much of the Android tablets up until now, with only a few short glimpses in promo videos; however today we are treaded to a closer looks at the Sony S1 slate in a video that shows the tablet with PlayStation Suite, and naturally we have that video for your viewing consideration below.

The Sony S1 with PlayStation Suite footage comes our way courtesy of Business Insider and by way of Italian site Notebook Italia, and delivers an almost two-minutes up close look at the Sony S1 tablet and the site has also posted numerous images of both the Sony S1 and Sony S2. 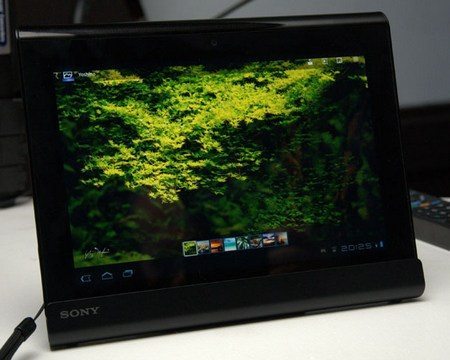 To be fairly honest there’s not really a great deal show in the video at it is somewhat dark but you do at least get to see the Sony S1 in action for what I think is the first time, but with the gallery we at least get some good clear shots of the S1 slate and S2 folding tablet.

As for details on both tablets, well they are still somewhat scarce but we do know that both tablets will come out to play running Android 3.0 Honeycomb, and as the footage shows, the Sony S1 will be the first tablet to feature Sony PlayStation Suite, which is an app that delivers access to PlayStation certified content and games. 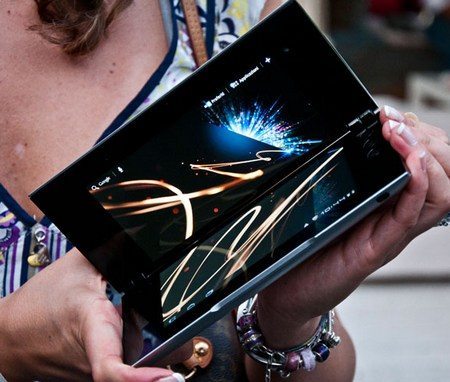 We also know that the Sony S1 tablet will be a 9.4-inch slate and has a 1GHz dual core NIVDIA Tegra 2 processor, while the Sony S2 will sport twin 5.5-inch screens are resembles the form factor of the Kyocera Echo and also sport that 1GHz Tegra 2 processor, and both will sport 3G/4G or Wifi connectivity, but other than that not much else is know.

Both the Sony S1 and Sony S2 Android devices are expected to come out to play some time in the fall, but not hard and fast release date as been given. As for pricing of both Sony tablets, again nothing has thus far been announced however according to Notebook Italia, word has it that the Sony S1 in Europe will command a price tag of roughly â‚¬599, while the Sony S2 will cost roughly â‚¬649.

We have posted a couple of the images of the Android tablets here, and you can of course check out the rest by hitting up Notebook Italia, and of course don’t forget to check out that Sony S1 video footage below…enjoy. 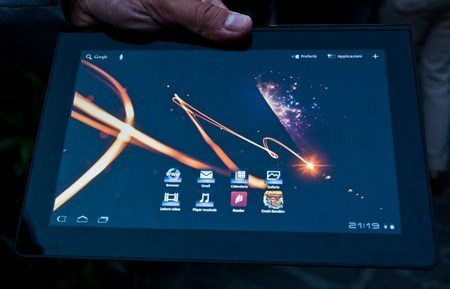