Monday night I reckon I went through every smartphone users nightmare, the bricking of a device. If you are a regular reader of this site, you may know that I am one of the Android faithful and my chosen device at the moment is the Samsung Galaxy S, which in itself is a very good smartphone.

Samsung has finally made Android 2.3 Gingerbread available in the UK, but I have been putting off updating as I found Android 2.2.1 Froyo was doing just fine, but as I kept getting reminders from the Samsung Kies software to update, I made the decision to do so Monday night, much to my annoyance.

Personally, and I can honestly say I am not alone in thinking that Samsung Kies is a nightmare to use, but as the Gingerbread update was available I thought why not. Now when I updated to Android 2.2.1 Froyo, the Kies experience was shall we say, not too great. I backed up my Galaxy S before updating, the back up too ages, it was slower than a snail creeping up hill, but eventually it completed and the update began and after a while my device was now running Froyo so all was well and good.

So Monday evening I expected the same, a slow start but eventually would get there; how wrong could I be? First off I opened Kies and tried to connect my phone, no go, as Kies had to be updated first to a new version. So I disconnected my handset and downloaded the latest version of the Samsung software.

Once it was installed, I opened Kies and connected my Galaxy S, the software would not connect to the device, it simply hung there saying connecting. A pain, but I disconnected, closed and reopened Kies and attempted to connect once again, and again no go.

Now I must emphasise here that before I attempted to connect to Kies my Samsung Galaxy S running Android 2.2.1 Froyo was running perfectly well. However when I again disconnected the handset to attempt yet again, I found my device would not operate.

Basically the handset would turn on, show the Samsung Galaxy S I9000 display, pop up with my T-Mobile screen then go back to the Galaxy I9000 display and stay there. I tried to get into the handset numerous times and failed to get past that pulsing S with the device intermittently vibrating.

Furthermore I couldn’t turn off the handset, the only way possible was to remove the battery, so basically my Galaxy S was useless. Thus I turned to the Internet and searched for any relevant info I could find and discovered that I was not the only one who had the same issue.

The general advice no matter where I searched was, do a hard reset, so basically I would have to hold the volume up button, the home button and power button, and once the phone started release the power and there should be a window pop up allowing you to reset the device back to its factory settings.

I spent numerous hours doing this button holding in several configurations, but alas the handset wasn’t going to allow a hard reset. Thus the only other option was to take my Galaxy S back to the T-Mobile store, which is three towns away.

So yesterday morning I did just that explained the problem I was having and the T-Mobile rep said this problem is quite common with people who use Samsung Kies, there’s nothing you can do, so we’ll have to send the phone for repair. We had another person come in with the same problem last week; Samsung Kies had frozen the device.

So now I am relegated to a Nokia X6 until such times, as my Galaxy S is repaired and ready to be picked up, and all down to using Samsung Kies, basically Samsung’s trash software bricked my handset.

So I thought I would have a moan and groan about Samsung Kies and how it bricked my smartphone here for all to read. It’s about time Samsung got with the program and started delivering updates over-the-air rather than forcing users to suffer having to use inferior software such as Samsung Kies, especially when the result is bricking a handset.

So here’s a suggestion Samsung, go to your garden, dig a very big hole and throw everything to do with Kies into it and then bury the software for ever, as it’s basically rubbish and no good to anyone, drag youself into the 21st Century and start delivering OTA update like almost everyone else.

When I eventually update my device to a new handset, I for one will not be choosing a Samsung device until such times as Samsung stops using Kies. I will of course get another Android handset but as for Samsung, they have lost this customer for good.

That’s my rant over; anyone else had this pain in the butt experience with Samsung Kies? If so feel free to vent your anger with Samsung to our comments area below. 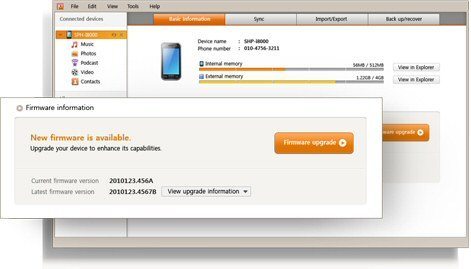 39 thoughts on “Samsung Your Kies Trash Bricked My Galaxy S”