The biggest thing to hit the mobile space thus far appears to be Google’s new social networking Google Plus as everyone seems to be jumping aboard and filling up their circles, and as you know the Google Plus app for Android has been available for some time, whilst the Google Plus app for iPhone has only just been released, but what about the Apple iPad and iPod Touch you might ask.

Well as you are probably aware, the Google guys haven’t released an iOS app for the iPad or iPod Touch, and apparently the iPhone Google Plus app can’t even be downloaded to either device. However that doesn’t mean you can’t use the iPhone version of Google Plus on your Apple iPad and iPod Touch.

What we have for iPad and iPod Touch users out there who would like Google Plus on their device is a video showing how to install the Google Plus iPhone app onto your tablet or iPod Touch.

The video that delivers the guide to installing the iPhone Google Plus app comes our way courtesy of the guys over at iDownload Blog and lasts almost four minutes of showing you how to achieve this without the need to jailbreak.

Once done you should see a pop-up window that enables you to go to the Google Plus app, once you see the app go into the iPhone Configuration Utility while making sure your device is selected and hit the Applications tab and choose install.

And once you have done that apparently the job is done and Google Plus will be in your Apple iPad or iPod Touch although still being iPhone specific albeit only showing up as 2x mode.

Anyway, if you fancy giving getting the iPhone Google Plus app to work on your iDevice check out the video below, and if you do give it a shot feel free to let us know how you get on and if all works fine or you experience any issues by posting your opinions to our comments area below…enjoy. 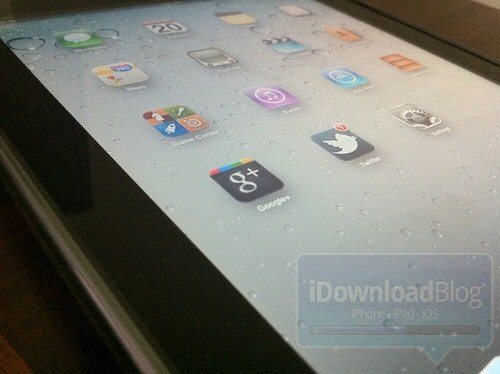