No release date mystery here when it comes to the white Samsung Galaxy S II smartphone, official news is in and we can give you the exact date.

The white version of the Samsung Galaxy S II will be releasing September 1 in the UK, will you buy one or not? We recently reported that this white smartphone will release in the UK August 15 shown on the Clove Technology website, well they have updated its website and now says September 1.

To verify the release date, Samsung has officially put out a press release, and you can see this by visiting Redmond Pie. The Galaxy S II was announced first in February at the Mobile World Congress event.

The handset was all the talk when it was first announced, it did not take Samsung that long to release a white version, unlike Apple releasing the very much delayed White iPhone 4, well done Samsung we say. 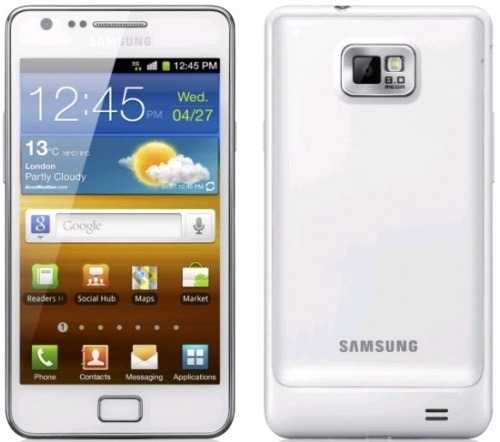 So those that live in the UK you can grab the white Samsung Galaxy S II smartphone on September 1st, the specs are exactly the same as the Black version other than the colour.

Samsung Says: “Samsung Electronics Co. Ltd., today announces that following the success of the original Galaxy S II released in May this year, the popular handset will now also be available in white in the UK from the 1st September 2011. The sleek and stylish Galaxy S II is the first handset to offer Samsung’s Super AMOLED Plus screen technology, the largest, brightest and most colourful screen available in Samsung’s portfolio of devices.”

It seems the Samsung Galaxy S II is a popular smartphone, so much so that 3 million units in 55 days have been sold and 5 million units in 85 days. How many more will sell now that the white version is releasing?

Please let us know if you will be buying the white Samsung Galaxy S II on September 1, the Android 2.3 Gingerbread handset looks great and comes with superb specifications, if anyone owns the black version please come forward and send us your personal views on the smartphone, your input helps us understand the device and of course our readers. Thanks