There is a new campaign happening between Nokia and Aardman Animations, who are trying to set a new Guinness World Record for the ‘World’s Largest Stop-motion Animation Set’ with their short film video called Gulp, this short video film was all done on the Nokia N8 smartphone.

Nokia has teamed up with Aardman Animations and Wieden + Kennedy to create the awesome animation called “Gulp” all recorded on the Nokia N8, the film shown below this article shows the life of a tiny fishing boat and what happens when the tide goes out, it is very good indeed to see what can be done on the N8 smartphone.

A lone fisherman sets off to sea and comes up against the waves, seagulls, fish, which has all been created using massive sand animation, carved in the beach itself. When the lone fisherman catches a huge sea monster that swallows him, we will not give too much away as we would love for you to watch the short animation film below. 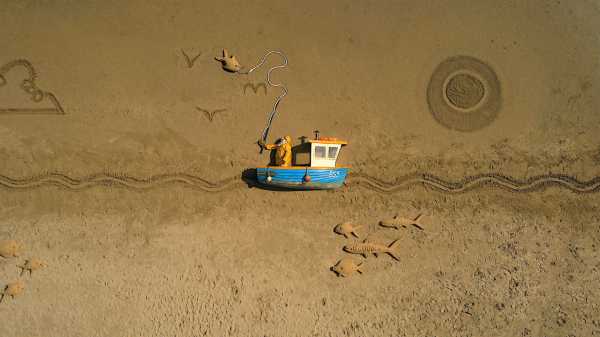 As said above the film is shot using the Nokia N8 smartphone and Gulp showcases the power of the 12-megapixel photography capabilities and the Carl Zeiss optics, three Nokia N8 phones were situated 36 meters above the ground on a cherry picker on a beach in South Wales, UK, shot a canvas of 42.71 meters x 24 meters creating the ‘World’s Largest Stop-motion Animation Set’.

A custom made rig was designed to house the N8 handsets, massive sand drawings were made by team of sand artists and 30 art student volunteers, with each art piece being smoothed over and re-drawn every 4-minutes, shooting up to 75 frames per day. 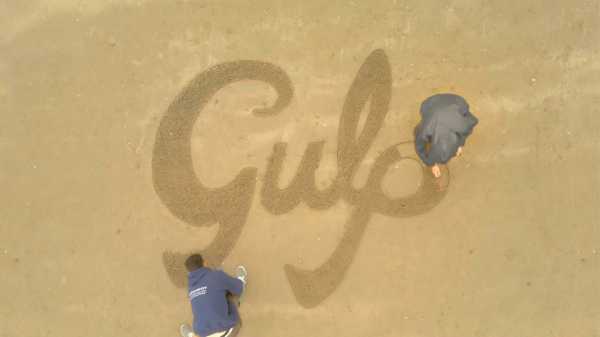 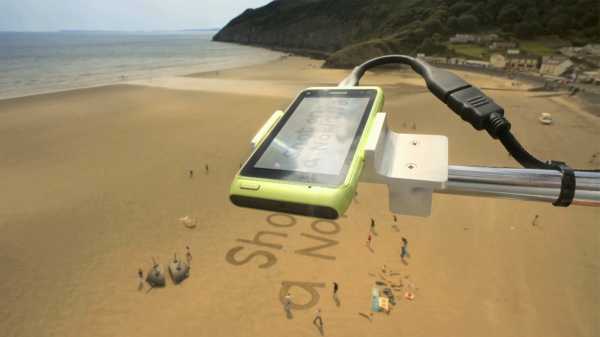